​After obtaining his Bachelor’s Degree in Culinary Management from the Art Institute of New York City, Garth relocated to Florida where he worked as a Chef De Partie at Flagler Steakhouse in the world renowned Breakers Hotel & Resort.

He returned to New York to work with some of the top chefs in the city, and in 2013, started his own catering company – Take It Eazy Catering. Although successful, he has since taken a step away from catering to focus more on personal chef work and building his brand - “The Stylish Chef,” a combination of food, fashion and fitness.

​
Garth Cheese was born in Brooklyn, New York and raised in a Caribbean household. From an early age, Garth’s grandmother introduced him to cooking. Whether it was helping out with the green beans or just standing by the stove to watch and learn, Garth was involved. It was these early experiences that influenced him and sparked his interest in wanting to become a chef.

As a teenager, he expanded on his knowledge by entering a culinary program at Canarsie High School where he learned a variety of recipes. His passion for cooking continued to grow. 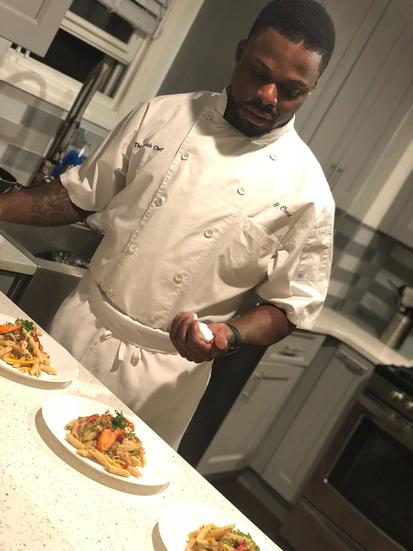